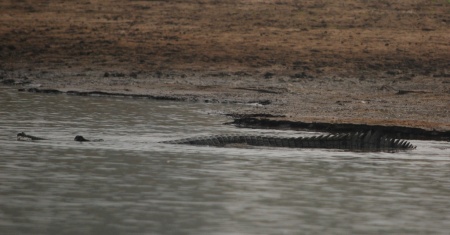 Elephant corridors have been squeezed and their paths cut-off

The fourth Uttarakhand Spring Bird Festival will begin at the Nandhaur Wildlife Sanctuary (WLS), about 25 km from […]

A farm laborer who escaped a leopard attack, mustered his friends, went back, tracked the big cat and […]

Source: tigernet.nic.in
I I Read More

Less than 100,000 winged visitors have arrived so far in Harike wetlands in the northern Indian state of […]

Two `man-eater’ leopards that were captured last year and released back in the wild about 3 weeks ago are suspected to be behind attacks on humans in and around Sariska in the northern Indian state of Rajasthan.

The leopards were released after being surgically castrated in the zoo to make them less aggressive, according to the Indian Express newspaper.

At least four villagers have died in leopard attacks since their release.