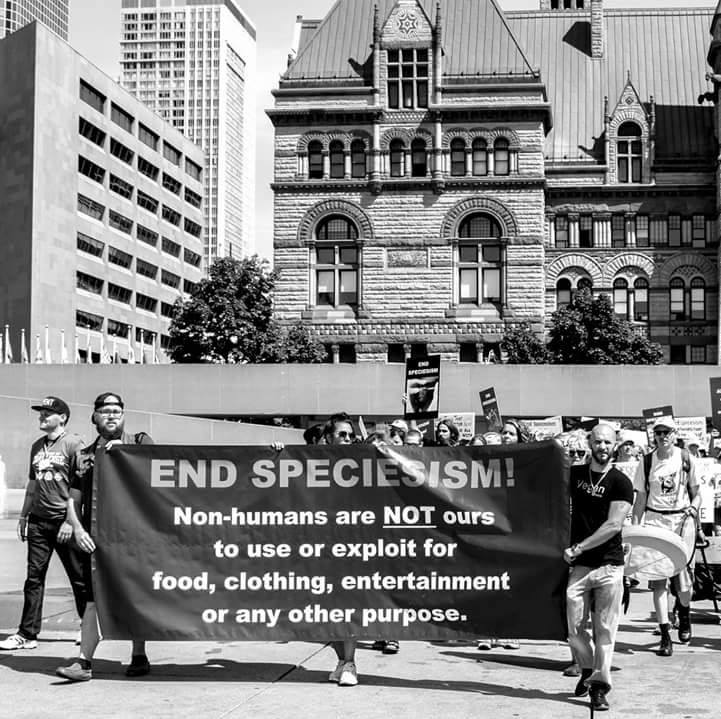 Discrimination is not simply, or even primarily about prejudice, but rather a mechanism of dehumanizing so as to provide the conditions that make humans what they have become.

How do humans justify the terrible idea that they inevitably have moral status while non-humans do not? Why should the personal interest in avoiding pain count for more when it belongs peculiarly to a human than it does when it belongs to an animal? Is there a prima facie reason for preferring the interests of beings belonging to the species group to which one also belongs over the interests of those who don’t. Is there no good reason to vulgarly suppose that interest of one species is any more relevant in this regard than the other? What and who planted the absurd idea in the society that Humans have moral status while non-humans do not? Acknowledging this line of thought will help us to comprehend the nature of human beings and the extensiveness of his/her moral obligation toward non-humans.

Speciesism, introduced by Richard Ryder is the philosophy of animal rights, the nefarious practice of unjustly treating members of one species as morally more important than members of other species; also, the belief that this practice is justified. The notion has been variously formulated in terms of the interests, rights, and personhood of humans and animals and in terms of the supposed moral relevance of species membership and rests on what he calls the Principle of Equal Consideration of Interests that claims that one should give equal weight in one’s moral decision making to the like interests of all those affected by one’s actions.

“More inferior animal’s attention is fixed on the world. Its perceptions represent its beliefs, and its desires are – its will. It is engaged in conscious activities, but it is not conscious of themselves. But we human animals turn our attention on to our own perceptions and desires, on to our own mental activities, and we are conscious of them. That is why we can think about them…And this sets to us a problem that no other animal has. It is the problem of the normative… The reflective mind cannot settle for perception and desire, not just as such. It requires a reason.”

Immanuel Kant, in his book, Lectures on Ethics, makes it clear that we have indirect duties to animals, duties that are not toward them, but in regard to them insofar as our treatment of them can detrimentally affect our duties as humans. If a man shoots his dog, he does not fail in his duty to the dog, for the dog cannot judge, but his act damages himself and the humanity which he claims to be a part of.

The Aristotelian, given what is characteristic of the human species, the moral precepts needed to pass from our untutored human nature to an actualized state of flourishing. The social relationships are ones of giving and receiving, where one acknowledges his reciprocal indebtedness to others, and they do the same. The virtues which allow these relationships to develop are ones of acknowledged dependence, which include virtues of giving and receiving such as “just generosity” or its subset of Misericordia, which is to attend attentively and affectionately to the of others in our as if they are our own.

Will there ever come a day when we will begin to see our actions related to the conception of flesh-foods as unnecessary, greedy, self-indulgent? Our perception of cooking in order to produce lavish dinner parties as intemperate, parochial, gross and self-indulgent? We establish our interest and delight in nature programmes about the lives of animals on television and ironically, our enjoyment of meat side by side, without thinking animals had rights, will we ever begin to see both the wild ones and the ones we habitually eat as having lives of their own?

Once the claim, that humanity has some quality that makes it worth more significant moral consideration than the rest of animal kind, is interrogated, we will discover we see that it is reduced either to some iteration of the unequal value thesis or a blatant appeal to speciesism and assuming that neither of these doctrines is morally tenable, the legitimate conclusion seems to be that rational persons are no more deserving of institutional rights than non-rational persons. A process that involves both affects and cognitions, what Gruen calls, “entangled empathy” and says that even though it is challenging to comprehend what it is like to be another, and even though we are limited by our inevitable anthropocentric perspectives, being a part of society involves attempting to understand and respond to another’s needs, interests, desires, vulnerabilities and perspectives. Ergo, truly egalitarian society can only be one that extends its liberties to all its members.

(The author is a lawyer by training, a philosopher and writer by interest and a self-taught artist who deeply cares about animals and their well-being. She strongly believes that everyone deserves better.)