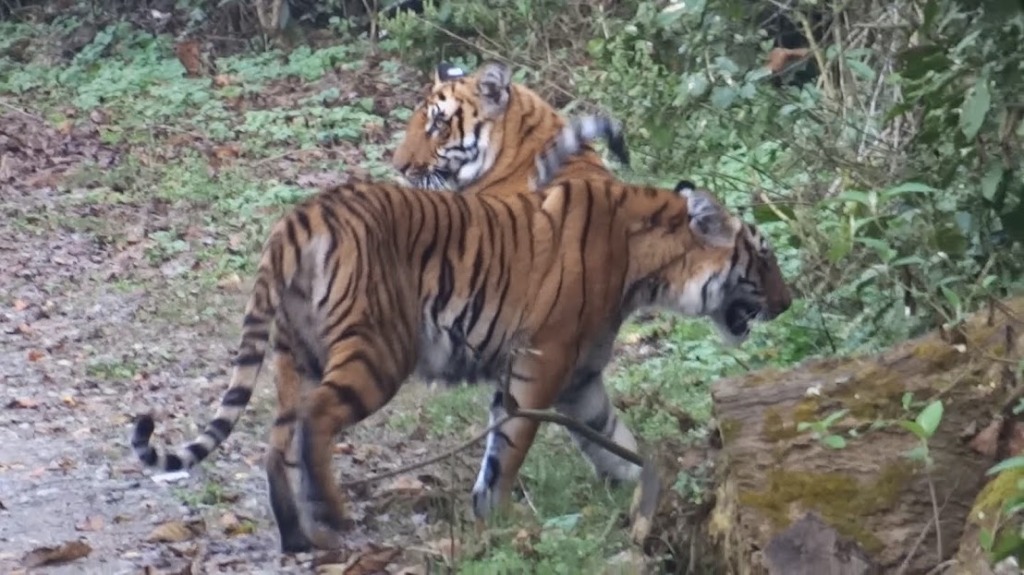 Bandavgarh Tiger Reserve authorities in Madhya Pradesh may release back into the wild two tigers that were captured in October 2014 after they allegedly killed four people and 41 cattle.

The tigers, both siblings, had been kept in separate enclosures within the Reserve since their capture. They have since returned to hunting wild prey, prompting authorities to consider releasing them in forests where there’s a low tiger density.

As reported by The Hindustan Times’ Rahul Noronha:

“After serving over eight months ‘sentence’ in captivity, two tigers will be released into the wild from the Bandhavgarh Tiger Reserve.

“The tigers had been caught by the Bandhavgarh park management following a public outcry after the big cats allegedly killed four humans, besides 41 cattle, in the Khitauli range of the reserve.

“The tigers, both siblings, aged about three years, were with their mother till October last year.

“Of the total 45 kills the tigers made while they were with their mother, they killed 41 cattle and four humans…The three tigers (required) to hunt frequently as they had almost attained maturity and required more food,” said Bandhavgarh field director, CH Murlikrishna.

“The two big cats were tranquilised in October and kept at forested enclosures in Bandhavgarh where they are being reared in near wild conditions.

“The tigers were caught by the Bandhavgarh Tiger Reserve management and kept in separate enclosures at the park. They have been bred in semi-wild conditions, with minimal human contact. They have now started killing natural wild prey and would be soon released in the wild in other national parks,” chief wildlife warden (CWLW), MP, Narendra Kumar, said.

“The reserve authorities claimed that the tigers had killed three human beings mistakenly, while one man was killed deliberately and eaten.”