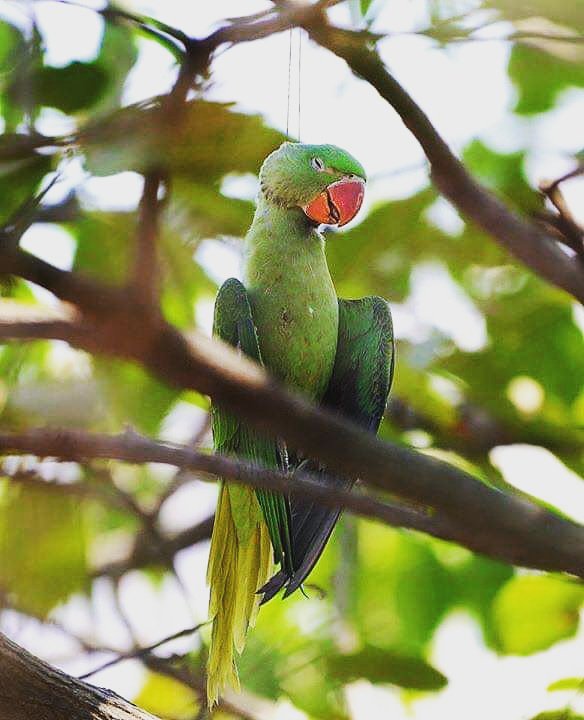 Twain’s words ring ever so true to this day. A picture of a parakeet hung by its neck has gone viral on social media, and goes to show how insensitive we are to animals and the environment as we go about celebrating our great festivals.

The picture is self-explanatory. The bird died having gotten entangled in Manja, a glass-coated cotton thread used for flying kite. The kite flying festival was held on the occasion of Makar Sankranti, a Hindu festival when the faithful take a dip in `sacred’ rivers and offer prayers to the `deity’ Sun.

The Hindu religion fosters the worship of everything from celestial beings (Sun, Moon, Jupiter, Saturn, stars) to animals (cow, snakes, birds and even the shrew that’s supposed to be the vehicle of the god Ganesha, who himself has the head of an elephant), but save some public posturing hardly are we ever mindful of the well-being of either our environment or those that share this planet with us.

The kite festival is one such example of the threat we pose to innocent birds. Examples of our insensitivity abound, we run over elephants, lynch leopards and tigers, abandon cows despite claiming them to be holy and the examples are endless.

“We hang our head in shame. This hard hitting image has been shared by Bhavik Thaker, titled “kaypo che?”. Thanks for aptly showcasing the plight of these beautiful creatures. Unfortunately, hundreds of birds loose their life during kite festival. stop using chinese/manja threads.”

Kaypo Che (or Kai Po Che), which is a Gujarati word which signifies convincing victory, that one is bestowed upon by cutting the opponents kite. But it is high time that we start questioning ourselves and realize the cost of this victory, which seems to be enormously important to many of us. Let us take note of some of the nuances in reflection on the realist treatment of what we call religious language instead of spawning the culture of festivals that have long lost their true meaning – of paying tribute to nature.